Seasoned newspaper reporter, columnist and editor Steve Price is celebrated for his unbiased and transparent communication skills in print, radio and television for over five decades.

Known for his strong opinions accompanied by compelling audience interactions, including national talkback. He is also the first choice to host and interview personalities across industries, including politics and entertainment.

One of Steve’s talents is coverage of live breaking news including disasters both local and international such as the September 11 terror attacks, the Bali bombings, Port Arthur massacre, Australian bushfires and of course political coups including the Kevin Rudd and Julia Gillard battle plus the Tony Abbott and Malcolm Turnbull stoush.

THE MAN AT WORK

Steve started as a junior cadet reporting on crime and sport was an opinion columnist and interstate correspondent.

Steve was chief reporter specialising in crime and politics, served as Royal reporter before becoming the daily Chief of Staff and then Deputy Editor.

Steve was a producer, program and news director and presented Melbourne’s number 1 rated Drive program from 1996 until 2002.

Steve presented Breakfast, Drive and the nationally syndicated Morning program from 2002 until 2010.

Hosted a nationally syndicated Night-time program heard on over 60 stations.

Steve co-hosts Network Ten’s The Project every Monday night for a decade. The Project is a national news and entertainment program with a unique mixture of news and comedy. Steve is a regular guest every Wednesday.

Steve also starred on the reality survival show I’m A Celebrity Get me out Here set in Africa and entertained the contestants with his jungle radio that ran for two seasons of the show.

He has also been a regular guest on:

ONE MAN, MANY TALENTS

With years of journalistic and reporting experience under his belt, Steve knows how to deliver the news and engage his audience in any setting. From radio hosting to live news coverage, read through Steve’s varied work experience.

Long form coverage of disasters, both local and international, including the September 11 terror attacks, Bali bombings in 2005 and the 2019-2020 Australian bushfires, as well as floods and cyclones and political coups, including the toppling of Prime Ministers and State Premiers.

THE TOP CHOICE FOR BRANDS

Beyond the news, you can also find Steve endorsing some major local and international brands. 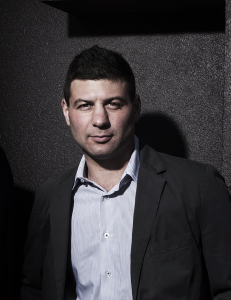 Steve is not only one of Australia’s best broadcasters but has an incredible connection with his audience. Steve not only has an innate understanding of business and what drives trust, but also knows how to communicate to his audience and drive awareness, credibility and engagement.

Thinking of getting in touch with Steve for a collaboration or to host your next event? You may contact him using this form.